Assumption has a sister Parish in Taminique El Salvador.  Tamanique is a municipality in the La Libertad department of El Salvador. About 17 miles northwest of El Puerto La Libertad. Tamanique is known for coffee growing and avacodo trees. Population 5,000 including surrounding areas. 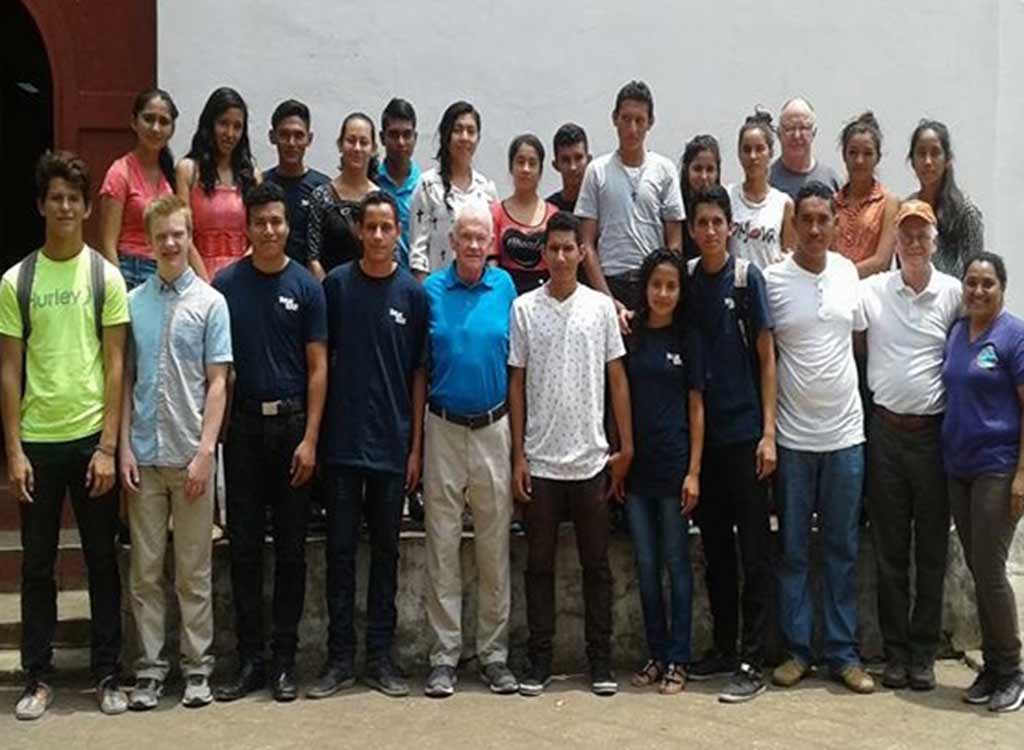 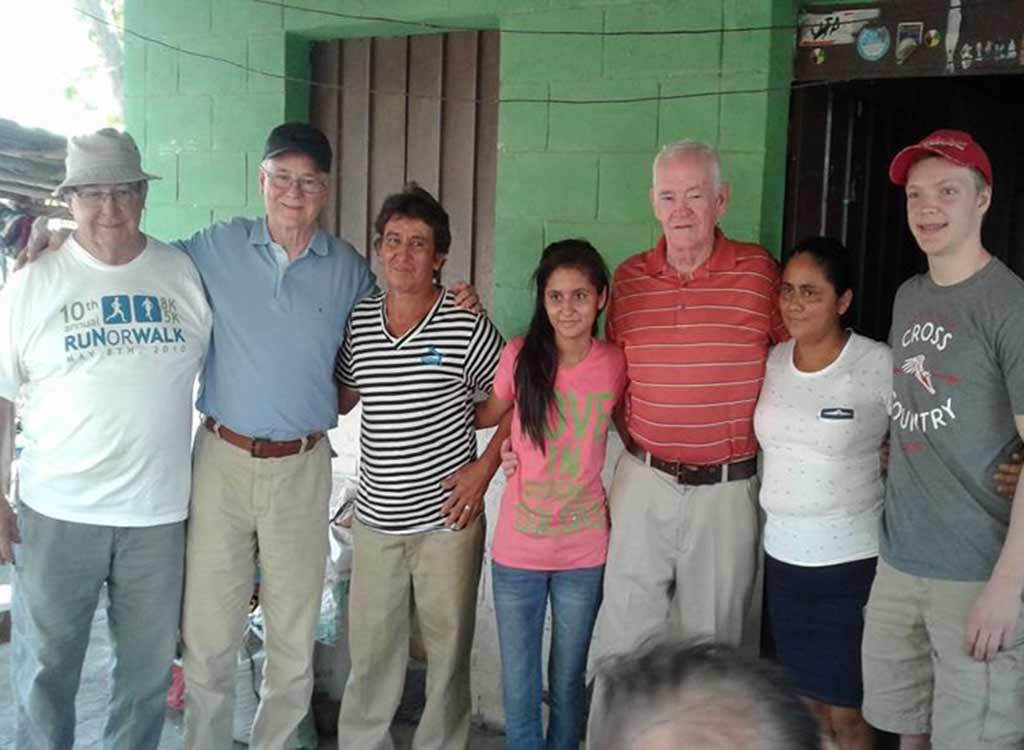 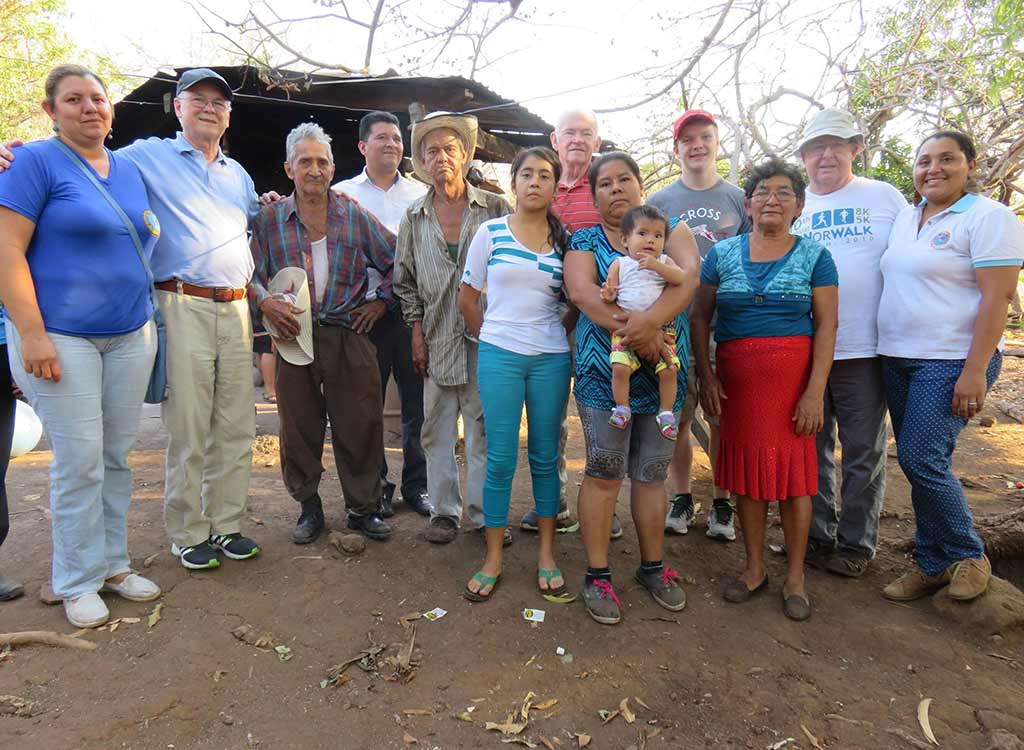 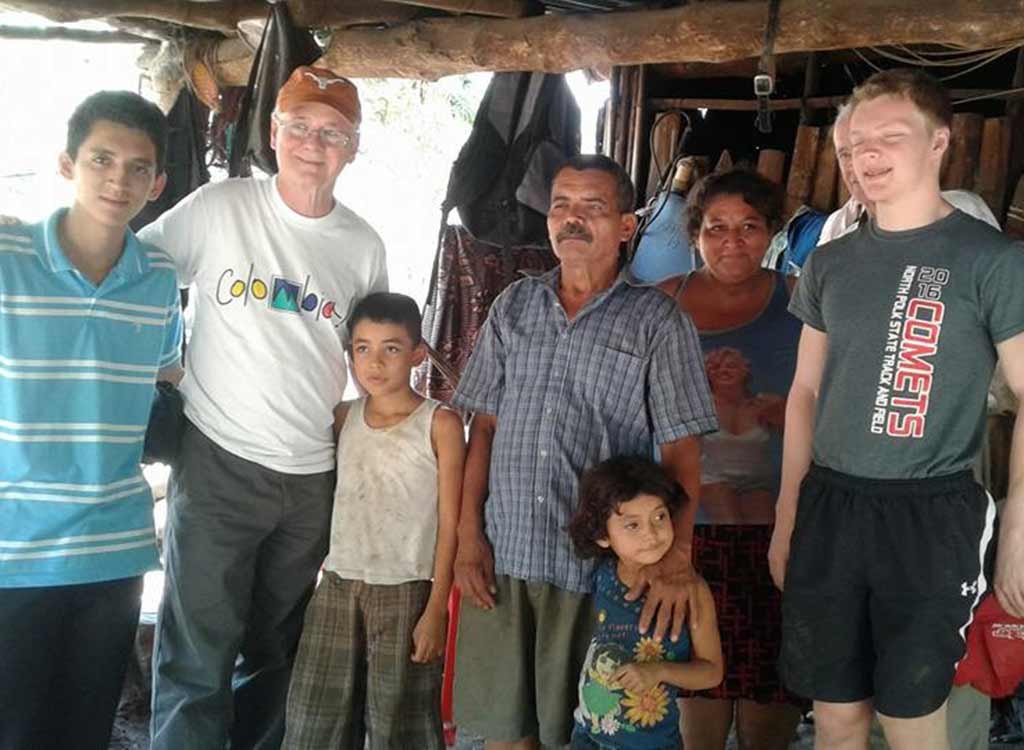 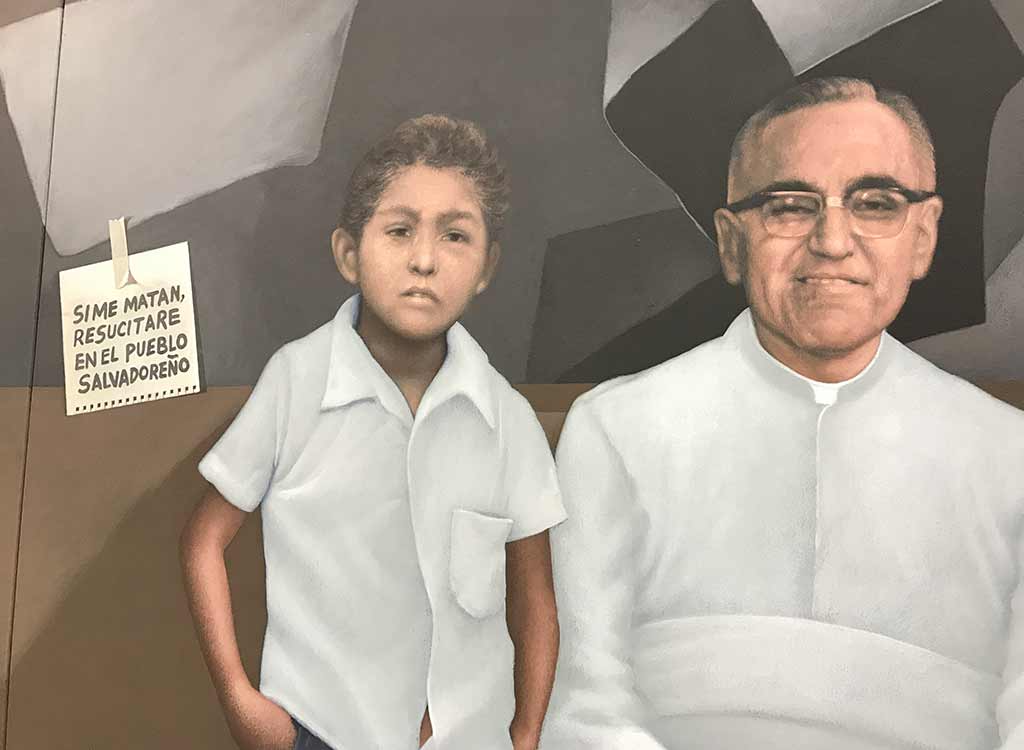 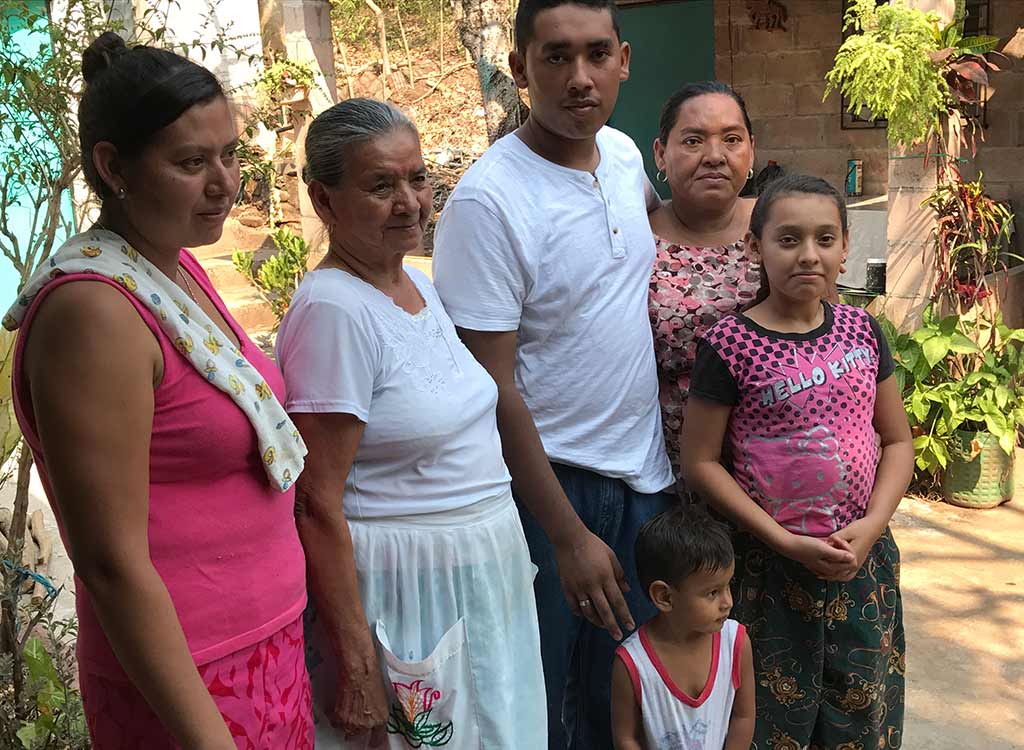 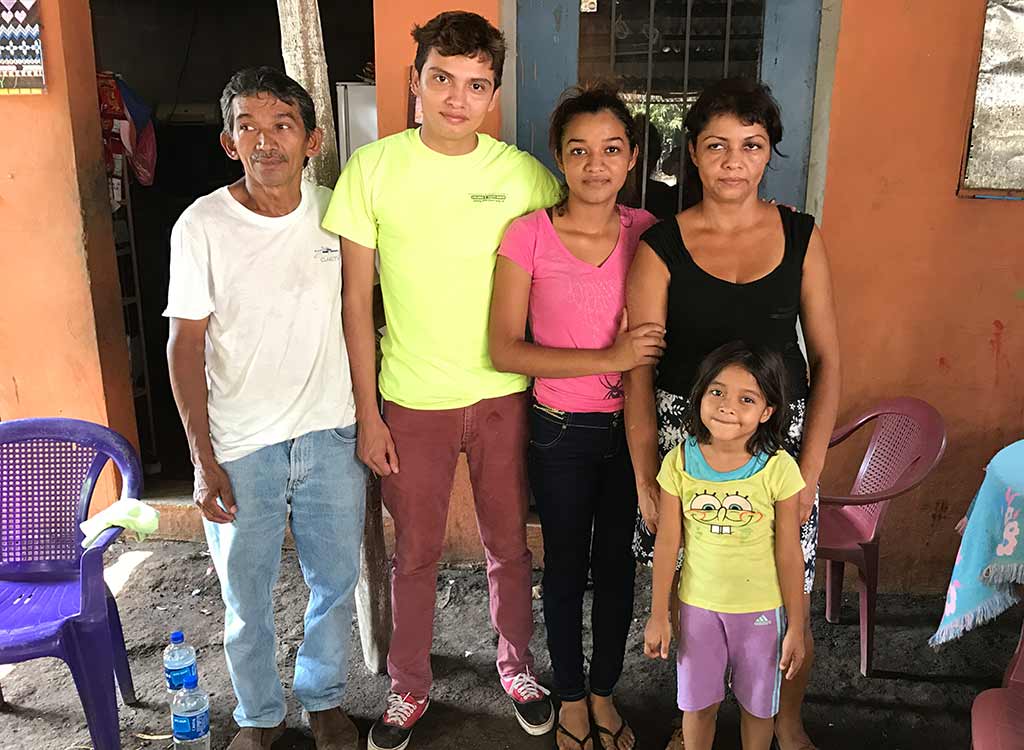 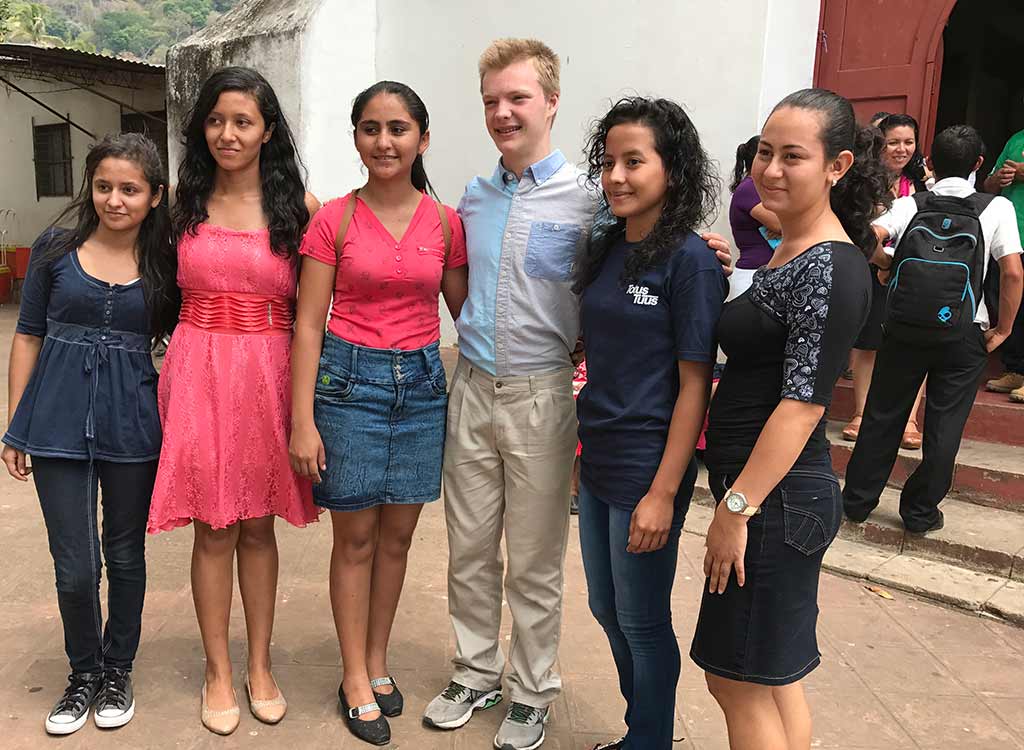 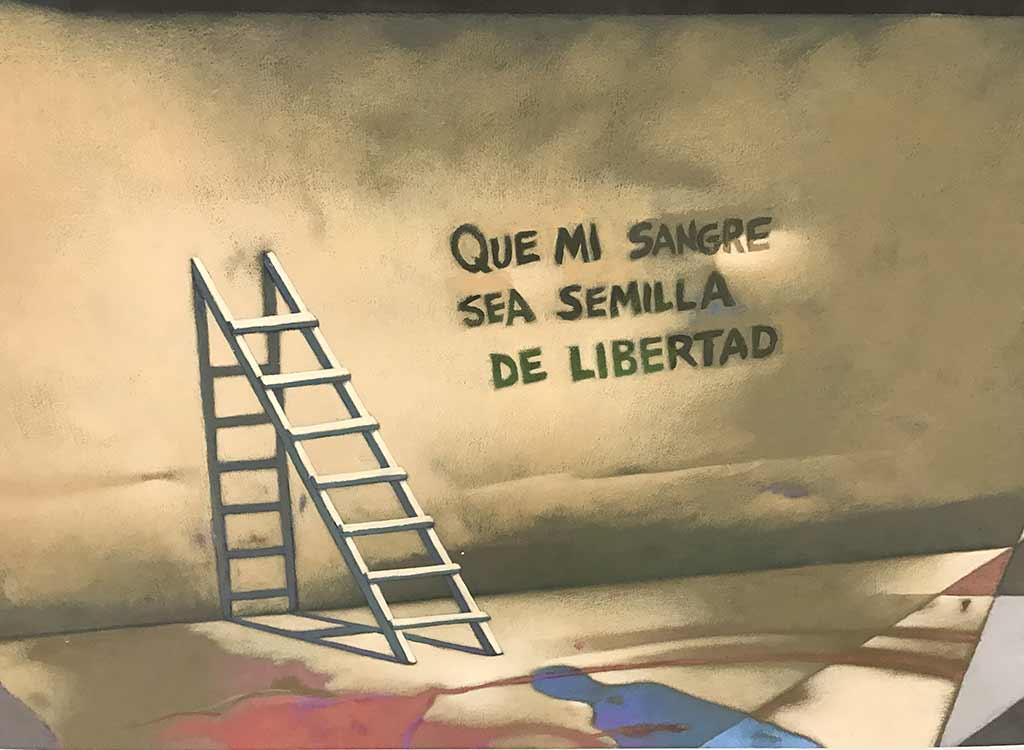 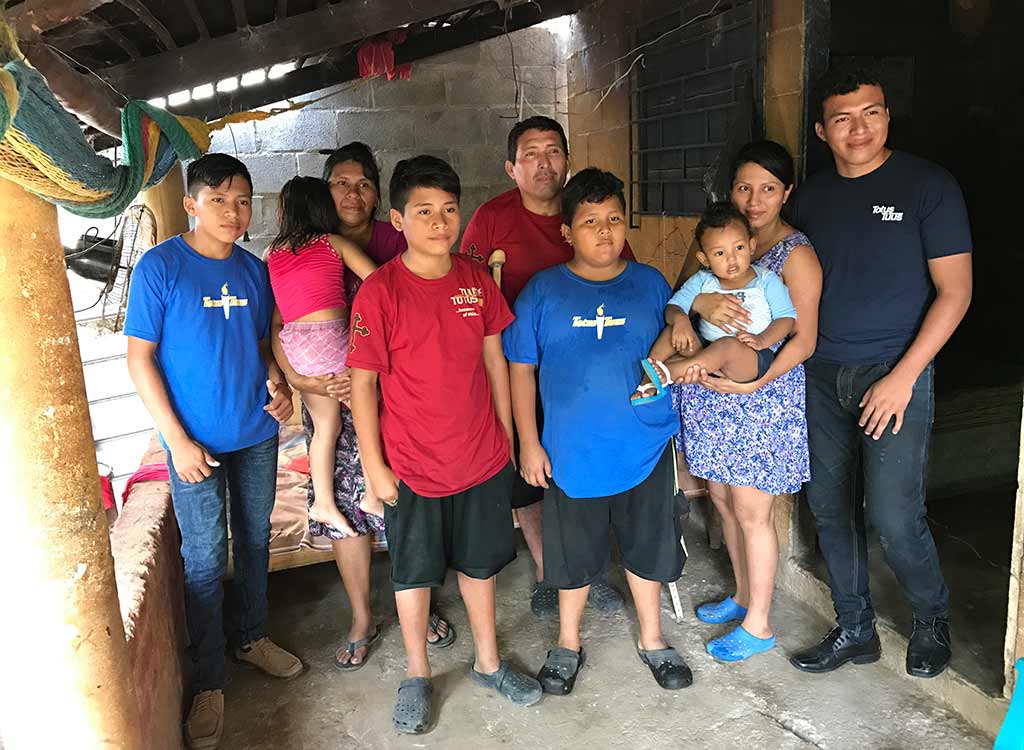 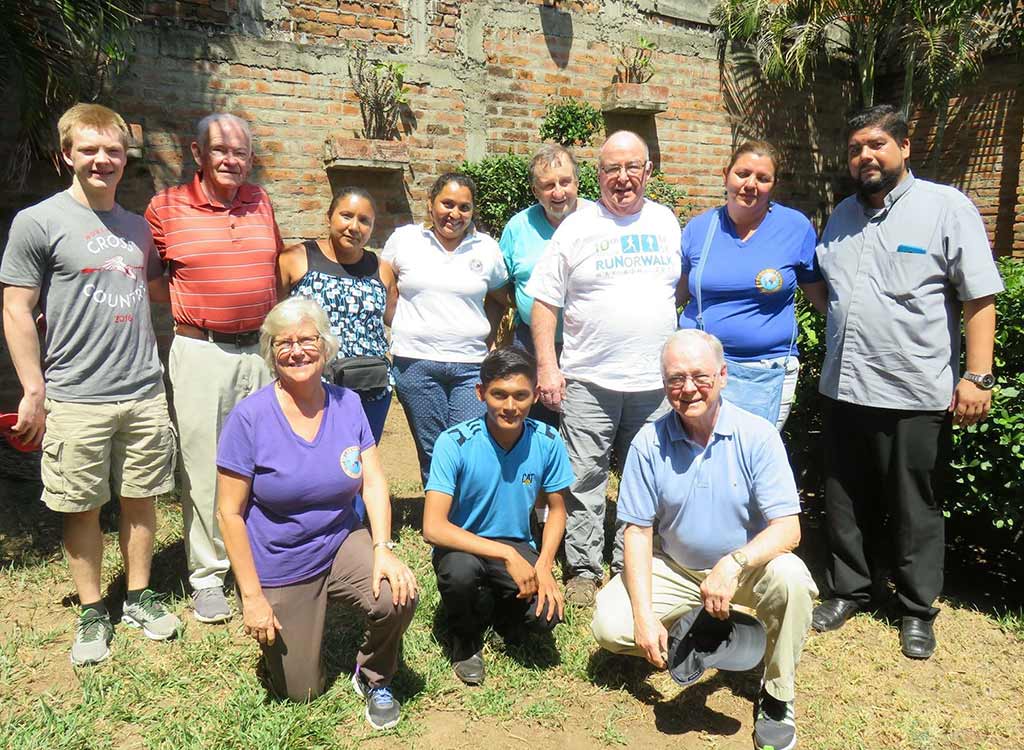 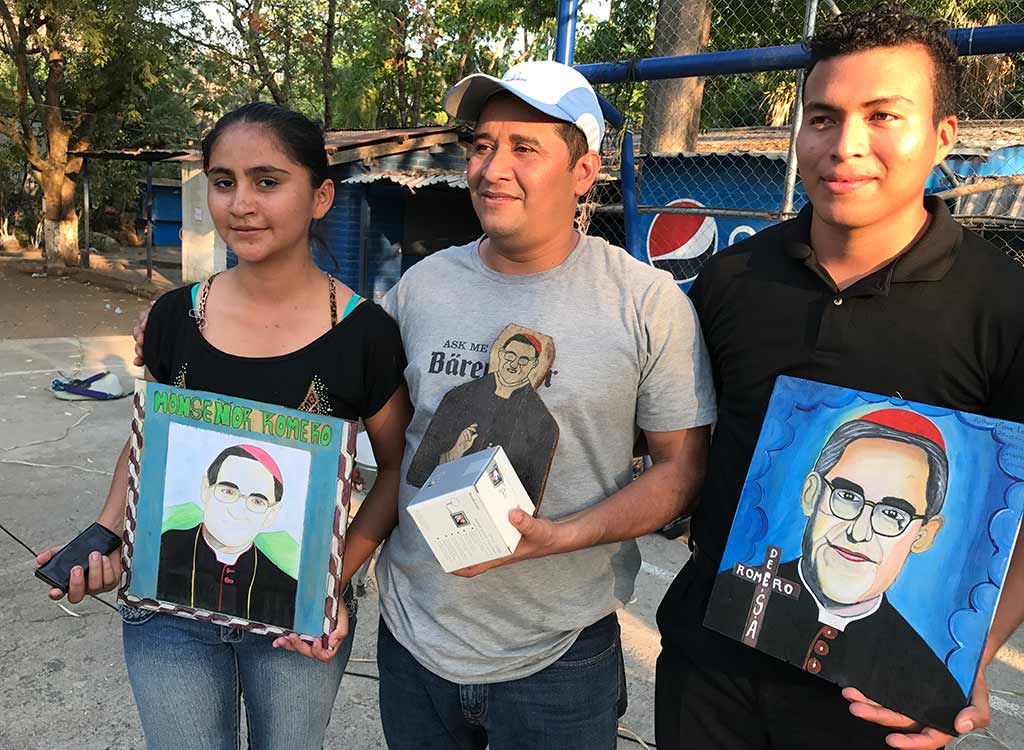 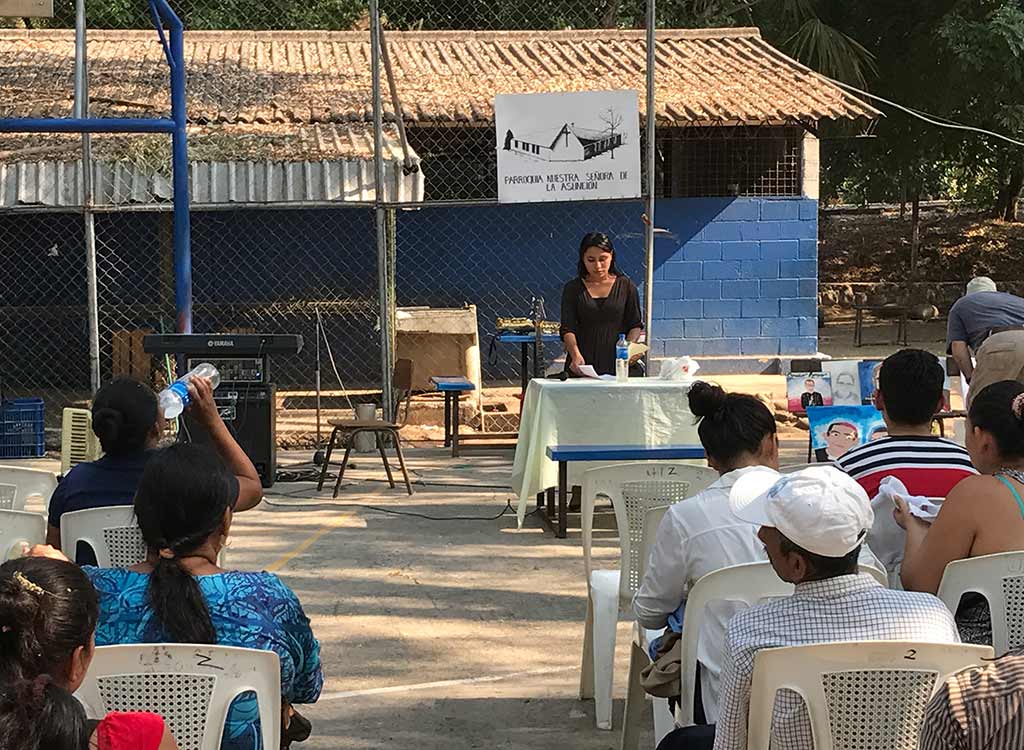 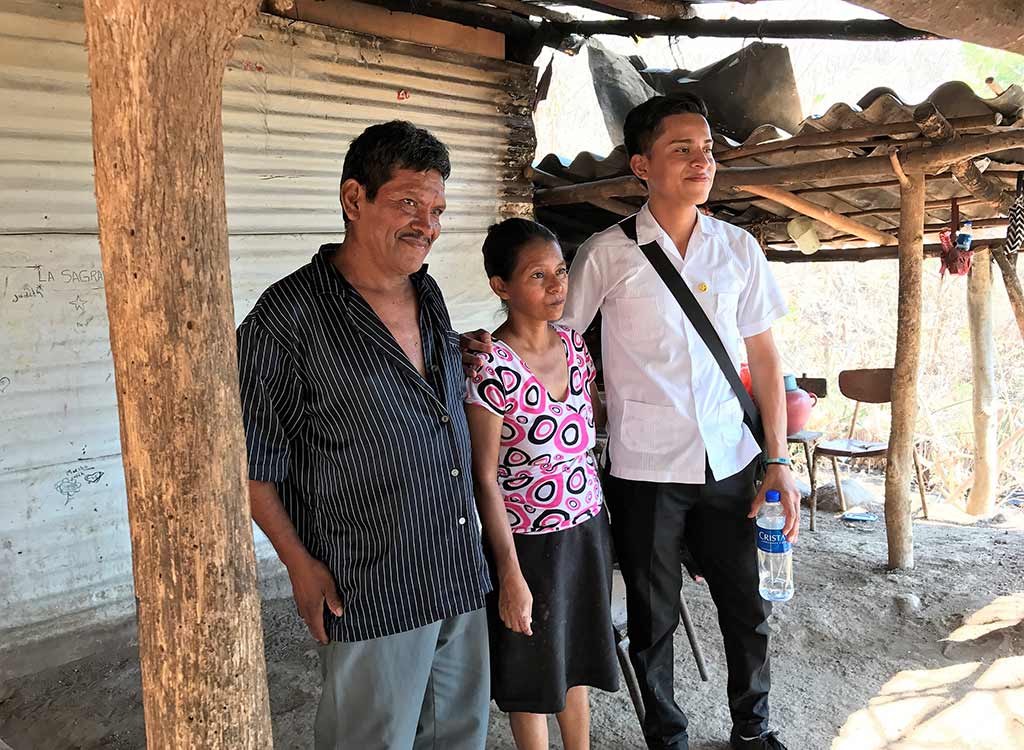 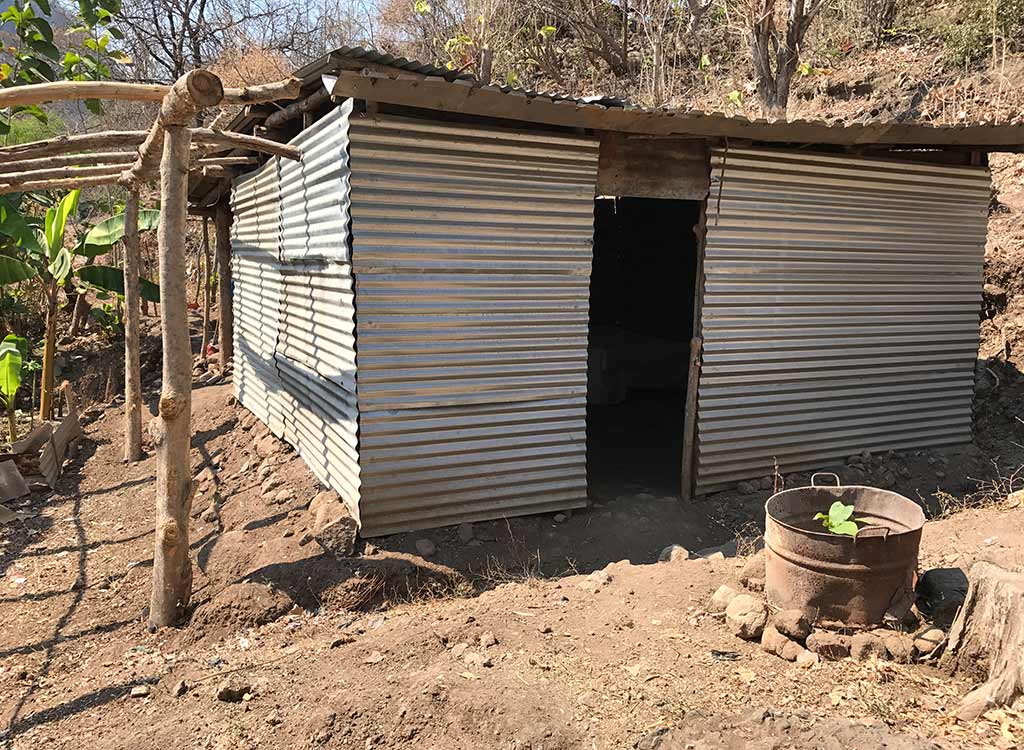 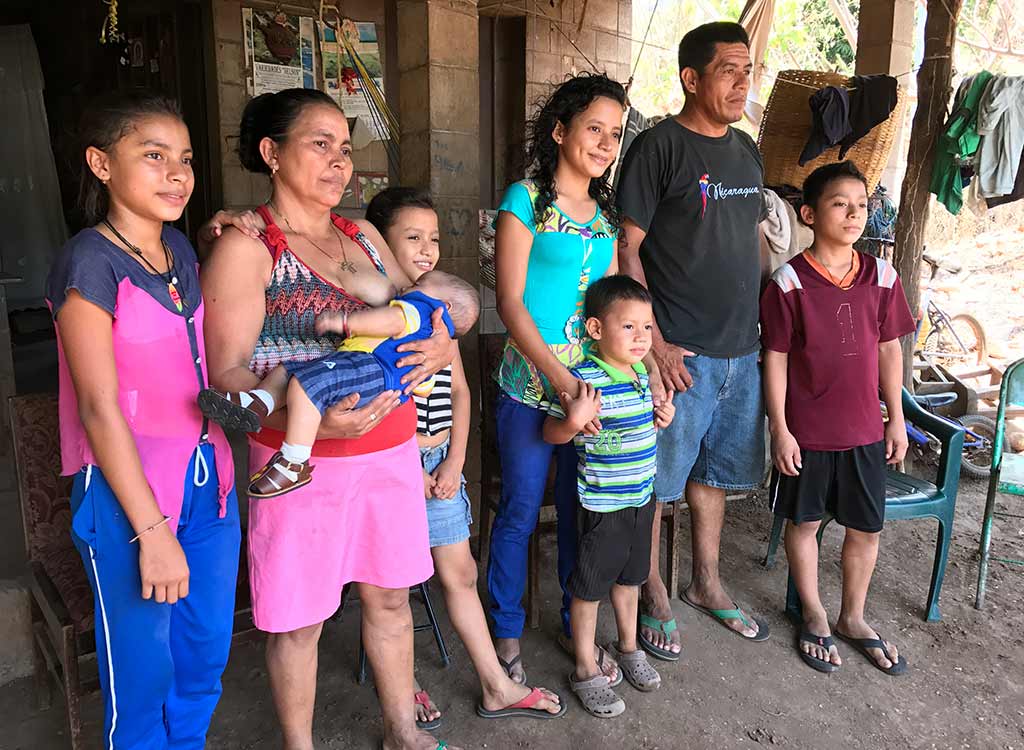 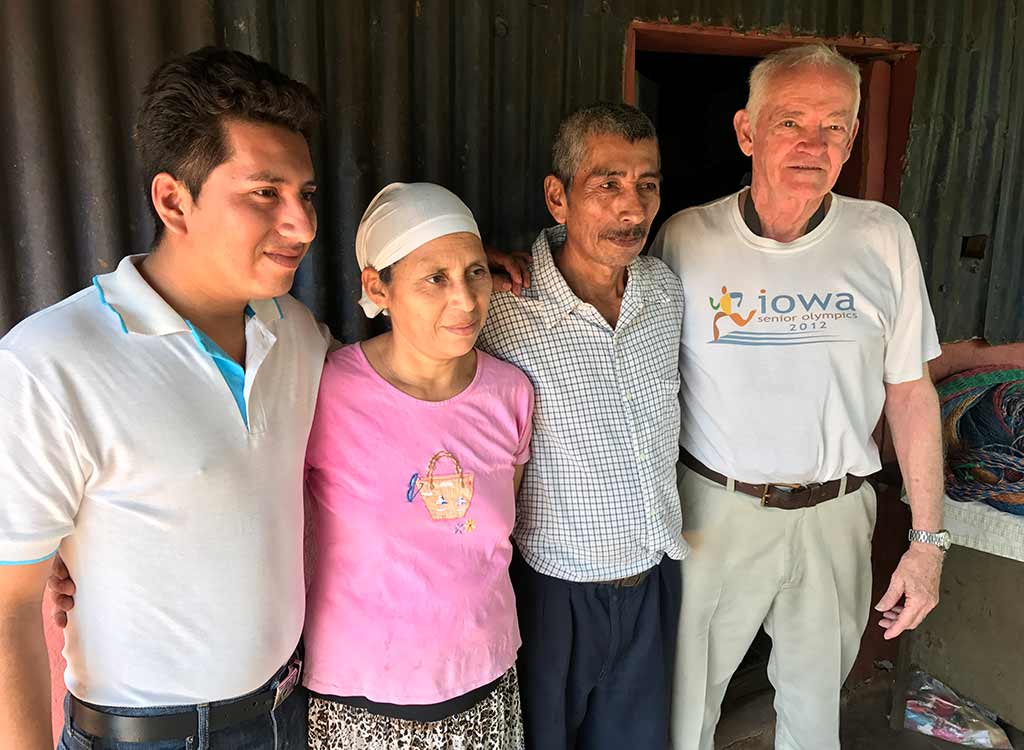 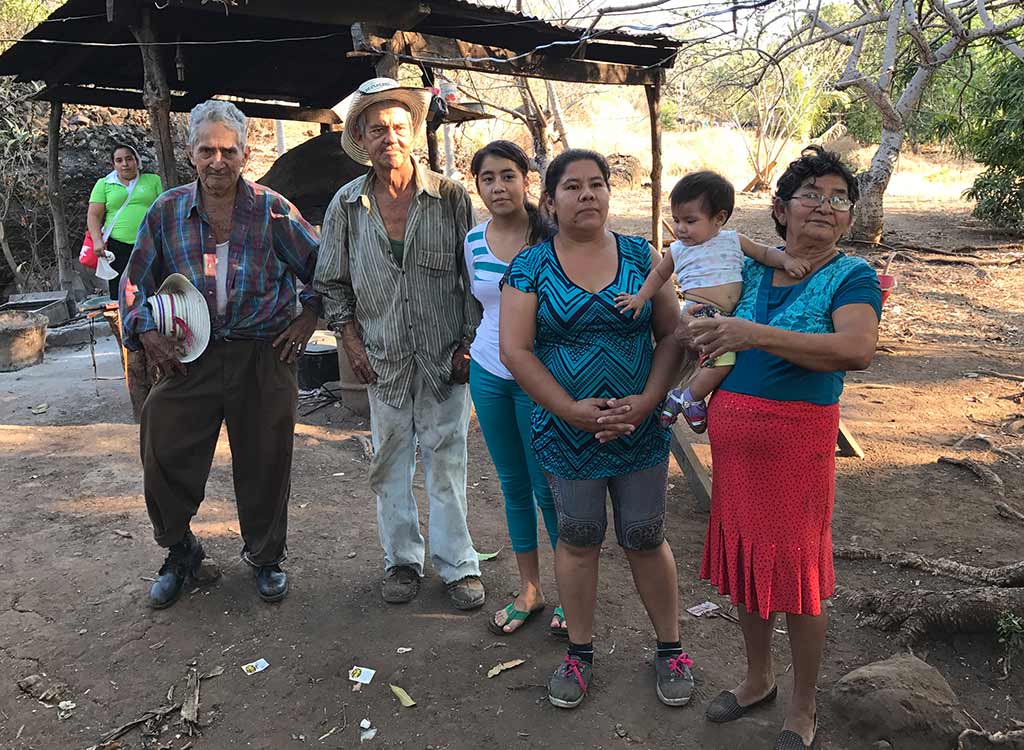 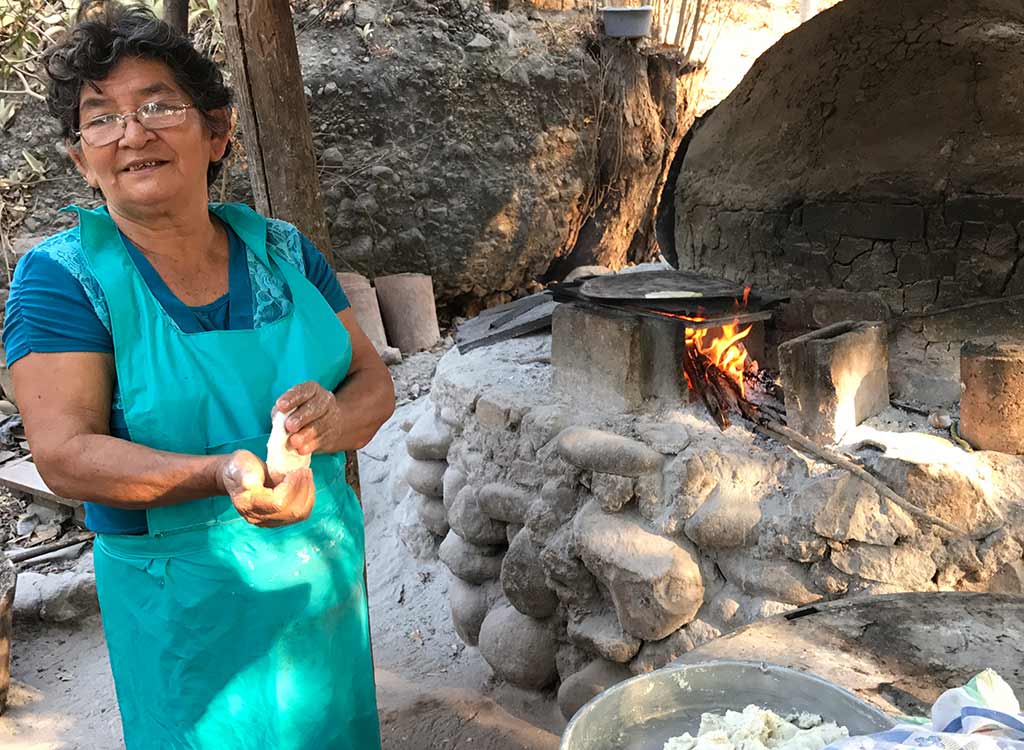 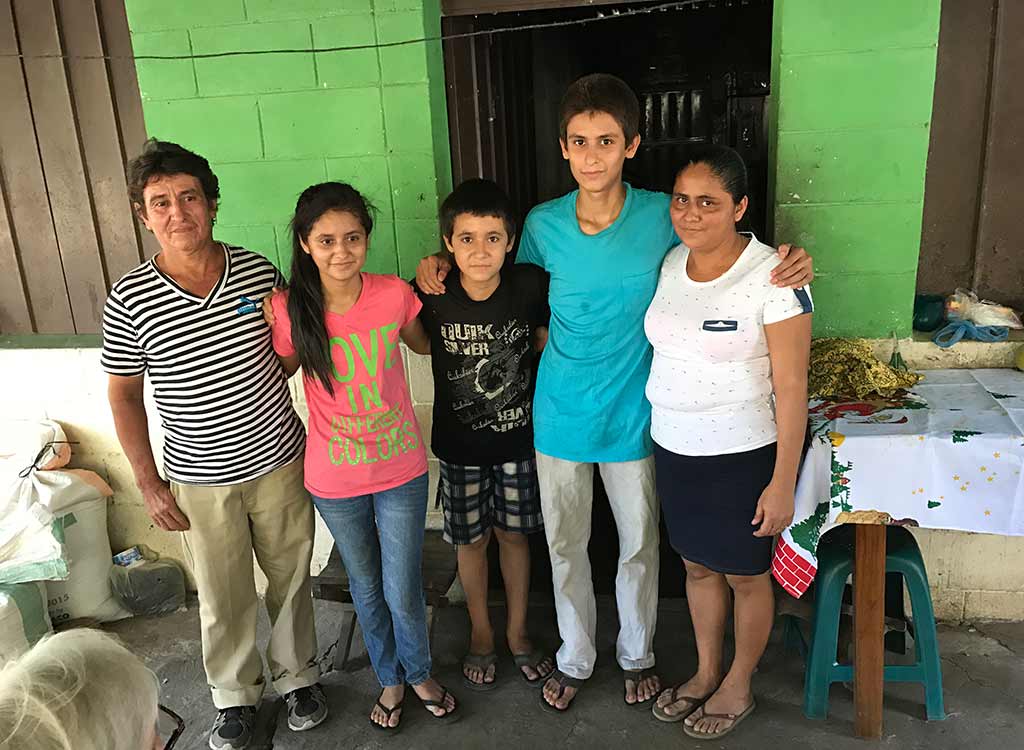 Click on the link above to see a power-point presentation of our students and delegation team.

What Salvador Does With His Assumption Scholarship

On March 21-27, a delegation of parishioners from Assumption visited our sister parish in Tamanique, El Salvador, and the families of the 30 or so recipients of the scholarships our parish provides. They assisted at the Sunday liturgy in the parish, addressed the congregation and visited with Father Julio Escobar, the celebrant. They also met with the committee that oversees the scholarship program. Committee members said the students pray for Assumption parishioners at the students´ monthly meetings.

Salvador is 20 years old but is in only his second year of high school. He speaks a faltering English, but it’s enough to land him a job at one of the many tourist restaurants on the coastal road a few miles from his house. He works there as a part-time waiter.

On the recent day we visited, a Saturday and a busy day at the restaurant, he temporarily got off work to accompany us to his house where we visited his family. The visit took longer than expected and during the visit he got a call from his boss who was angry that he hadn’t returned to work. He was afraid, and we were afraid for him, that he would lose his job.

As it turned out, his boss relented and Salvador kept his job. Leslie Schuld, the Cleveland native who runs CIS, the organization we work with to provide scholarships to young people like Salvador, said he kept his job probably because Holy Week was approaching and Salvador is the only employee who speaks English. Most Salvadorans, said Schuld, who has been in El Salvador for over 20 years, get Holy Week off work and many from the capital of San Salvador, about an hour and a half away, and some foreign tourists frequent the coastal areas during this time.

Salvador’s job pays $80 a month and he is the only one of his family who has any income. Losing his job would have been disastrous, cutting the thin economic thread that provides for his family.

To get to his family’s house, our group – Assumption parishioners Dick Payne, his grandson, Will McCormick, Jim Watts from St, Patrick’s Parish in The Irish Settlement and I, along with our Salvadoran partners – climb a steep narrow path up a low, scruffy mountain. Rocks and protruding tree roots make the climb challenging. Salvador must get up early, walk several miles on this path and a side road to get to the main road, then take a bus for 40 minutes to get to the school located in one of the communities of Tamanique.

After walking about 15 minutes, we come to a small, one-room shack where Salvador lives with an unmarried older brother. The structure has four walls and a roof, all of corrugated metal, not an ideal material when the temperature is above 90 degrees most days. There is electricity but no plumbing, not even an outdoor latrine. The floor is of packed dirt. The only “furniture” are two beds and a small shelf that holds an image of Our Lady of Guadalupe behind a vigil candle.

About 75 yards further up the path from Salvador’s house is another corrugated steel shack that is slightly larger. Salvador’s parents live there with his two younger sisters. The house is similar: dirt floor, no indoor plumbing. The parents don’t work because they are unable. The father, who is 52 years old but appears to be 62, has heart disease. The mother, who is 48 but appears to be 58 and is extremely thin, has a disease of the colon.

None but Salvador, the first in his family to attend high school, have jobs because there are few jobs to be had. El Salvador has chronic unemployment and for every opening – even in the tourist areas along the coast – there are dozens of applicants. Uneducated and illiterate people like those in Salvador’s family don’t stand a chance.

Salvador has a chance because he is a recipient of Assumption’s scholarship program, which currently provides help to 20 high school students and 10 university students. The conditions in which the majority of the recipients live are similar to Salvador’s. Many of the students’ parents have only a few years of formal education. Some of them have none and are unable to read or write. Our scholarship students are often the first in their families to go to high school. They are poor, even by El Salvador’s standards, and virtually all the students told us they would be unable to attend school without our help.

But besides poverty, all the scholarship students and their families have one thing in common: they are extremely grateful for our help and express it over and over.

Our Assumption delegation met with the committee that oversees the Tamanique scholarship program. They confirmed that all our students, as a condition of receiving the scholarships, maintain good grades, attend monthly meetings with a parent and do community service. Committee members said the scholarship students tend to excel in most categories.

One of Assumption’s former scholarship students received another scholarship to study medicine. She received her medical degree and is now a physician seeing patients in the Tamanique area. Another now runs her own restaurant in a nearby city.

By helping to provide a future for dozens of poor youth in the developing world, our scholarship program is a sign of our solidarity with other children of God, a pledge of our commitment to fulfill the Lord’s command to feed hungry, give drink to the thirsty, welcome the stranger and clothe the naked.

Assumption has a mission that visits our sister parish regularly. If you are interested, please contact the Parish Office.

Tamanique Profiles of our students that Assumption Church supports:
tamanique-profiles-2016-english